The U.S. Supreme court ruling that overturned the state criminal prosecution of an Oklahoma defendant who committed a crime on Indian land has raised more questions than can be answered, especially when it comes to the state’s energy industry.

There is a lot of head scratching going on and many more questions are raised, along the lines of “what does it mean for oil and gas?”

“Our attorneys are reviewing the decision. Any comment would have to come from the Attorney General,” wrote Matt Skinner in an email response to OK Energy Today. He is the spokesman for the Oklahoma Corporation Commission. Todd Hiett, chairman of the Commission did not respond to a request for a possible comment.

As OK Energy Today reported Friday, Brook A. Simmons, President of the Petroleum Alliance of Oklahoma was quick to raise questions about the impact of the ruling while at the same time expressing disappointment.

What he said was necessary was “stable, predictable regulatory and tax environment consistent” with the interests of the state and the tribes.

While the court ruling focused on the criminal aspect of the case, its more important effect was one that said the Muscogee (Creek) Nation reservation was never dissolved when Oklahoma became a state in  1907. However, the ruling also did not answer the many questions about what kind of powers, if any, that state agencies can have over the reservation, its activities and things such as oil and gas well development. In other words, does the court ruling and its impacts go far beyond criminal prosecution in the courts?

“It is critical for continued investment in Oklahoma that the state maintain primacy with regard to the regulation of oil and gas operations, and that issues of title with regard to real property remain unaffected,” said Simmons. 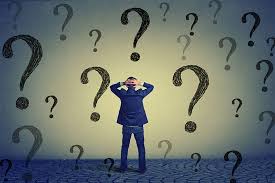 With that single comment, Simmons raised a lot subjects, such as whether the Corporation Commission has jurisdictional and regulatory powers over oil and gas wells, disposal wells, pipelines and other energy-related projects on the reservation. What about mineral rights? Who will own them? Will present land owners be continued possessors of the rights?

The state already has one reservation in which it lacks enforcement powers. That’s the Osage reservation which covers all of Osage County in northeast Oklahoma. Will the Supreme Court ruling result in the same impact on the Muscogee (Creek) Nation reservation? Who knows.

An inquiry to the Oklahoma Attorney General’s office on Friday was not answered.

However, in responding Thursday immediately after the high court’s ruling, Oklahoma Attorney General Mike Hunter did not directly refer to the enforcement powers of the regulatory agency.

He put it this way, “The Nations and the State are committed to implementing a framework of shared jurisdiction that will preserve sovereign interests and rights to self-government while affirming jurisdictional understandings, procedures, laws, and regulations that support public safety, our economy, and private property rights. We will continue our work, confident that we can accomplish more together than any of us could alone.”

But Reuters reported the court decision, one that recognized nearly half of the state as Native American reservation land, raised complex regulatory and tax questions for oil and gas development.

“You’ll see the Five Tribes make arguments perhaps that they have taxation authority,” University of Oklahoma law professor Taiawagi Helton says. “It’s possible you could see some slight increases in taxation,” with companies paying production taxes to both the state and tribes.

Tribes may not want to immediately act, but the case suggests they would have regulatory authority over oil and gas, says Oklahoma energy attorney A.J. Ferate.

The Petroleum Alliance of Oklahoma and other business groups had opposed the recognition of reservation status in a brief to the Supreme Court arguing it would “recast the business and legal environment” across lands of the Five Tribes – Cherokee, Chickasaw, Choctaw, Creek and Seminole.