Opposition looms for gas pipeline in New Mexico and Texas 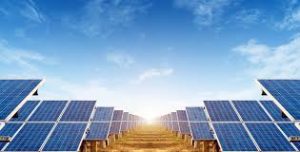 A French solar developer is buying up land around coal-fired power plants in Kansas, Nebraska and New Mexico, attempting to take advantage once the plants are shut down.

Photosol US, a subsidiary of a French company, has purchased options near plants in Nebraska and Kansas, as well as the San Juan Generating Station in northern New Mexico. While the San Juan plant has approval from state regulators to shut down in 2022, the Nebraska and Kansas plants, completed in the early 1980s, do not have retirement dates.

Josh Case, Photosol’s chief executive officer, intends to develop two arrays — one with 400 megawatts and one with 250 megawatts — on 5,000 acres he has under lease option near Nebraska’s Gerald Gentleman station. He pays an annual fee to maintain the option to lease the acreage.

Photosol has applied to the Southwest Power Pool for interconnections for those projects as well as two 125-megawatt arrays near the Holcomb power plant in western Kansas. He has options to lease 2,400 acres near the Holcomb plant. 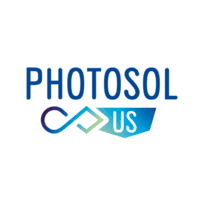 The Nebraska arrays would include 325 MW of battery storage.

Renewable projects often rise or fall with the price to connect to the grid, and Case said he can pay the price the Southwest Power Pool gave him to connect his 400-megawatt project to the SPP system. He’s waiting to learn what the grid operator will charge to connect the other three arrays to the grid.

He didn’t identify any buyers, but said only that he is “marketing to all potential off-takers.”

Case has purchased lease options on about 30,000 acres across the country, including 4,200 near the San Juan Generating Station in New Mexico. The state’s utility regulators in April gave the plant’s owners permission to shutter the remaining two units, with a capacity of about 850 MW, on June 30, 2022. Two other units were closed in 2017.

The plant’s future is still not clear. Eric Chavez, a spokesperson for the majority owner, the Public Service Company of New Mexico, said the city of Farmington, which owns 5% of the plant, is negotiating to possibly purchase the other 95% percent of the plant to install a carbon capture system.

Chavez said the utility, which owns 66% of the station, “has thoroughly assessed this technology and modeling has concluded that, for PNM, continued operations of the San Juan coal plant with carbon capture would not benefit our customers.”

If the vision does not come to fruition, the plant will close in June. Chavez said the Federal Energy Regulatory Commission would allocate transmission capacity through its public transmission-rights process.

Case said he is looking at other sites in the Midwest, but wouldn’t name them for fear of tipping off potential competing solar developers.

Although the San Juan plant closure is a strong possibility, Case is taking a gamble in Nebraska and Kansas. The Nebraska Public Power District, which owns the Gerald Gentleman Station, has begun evaluating the plant’s future. At its latest meeting, the company’s board of directors hired two consultants to assess the impact of possible future federal carbon dioxide regulations on all of the company’s fossil-fueled generators.

There’s another potential transmission asset at the Gerald Gentleman location, however. The Nebraska Public Power District has been developing a new transmission line, the “R Project,” that would run from the coal-fired plant north and east across the state. Complications arose in mid-June when a federal judge said the Fish and Wildlife Service made an error in granting the utility permission to proceed. The utility, which according to a spokesperson is committed to moving ahead, is awaiting the outcome of discussions between the Fish and Wildlife Service and lawyers for the plaintiffs. 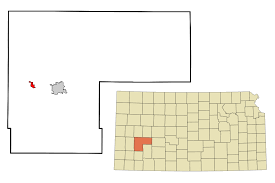 The Holcomb, Kansas, site appeared on Case’s radar screen when the owner, the Sunflower Electric Power Corp., announced in January that it had dropped plans for an expansion project. Case said it raises questions about the continued operation of the plant.

He said he’s also impressed with the robust network of transmission lines in the area that he suspects could move power if necessary.

Karl Cates, an analyst for the Institute for Energy Economics and Financial Analysis, called Photosol “a small but serious company.” Case said it has developed 382 MW of solar power in France.The company’s current U.S. business model — which effectively leapfrogs electricity production from coal to renewables without a natural-gas stopover — is right on the cutting edge, Cates said. Utilities in Arizona, Colorado and Florida are trying to develop renewable generation resources to replace coal plants they want to close. And in New Mexico, regulators a couple weeks ago urged the majority owner of the coal-fired San Juan plant to replace any needed generation with solar and storage rather than natural gas.