Vow of unity after Supreme Court rules against Oklahoma 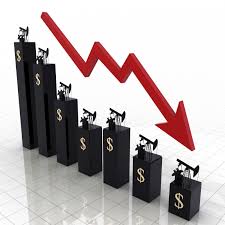 Just as oil producers might have had a glimmer of hope with crude oil futures reaching nearly $41 a barrel, oil futures dropped below $40 in Thursday’s trading on the New York Mercantile Exchange. Energy firms felt the negative impact.

West Texas Intermediate August futures dropped by $1.28 or 3.1% and settled at $39.62 a barrel. Earlier in the day, prices had risen by 0.7% but finished at the lowest market for a front-monthy contract June 30.

September prices for global benchmark Brent oil dropped 94 cents or 2.2% to end the day at $42.35 a barrel on the ICE Futures Europe exchange. It was the lowest price since July 1.

What prompted the fall in prices? Analysts blamed rising cases of coronavirus in the U.S. and other countries and suggested it might threaten to unsettle the demand for crude.

U.S. prices on Wednesday “remained resilient” to the surprise 5.7-million-barrel rise in domestic inventories last week, said Ipek Ozkardeskaya, senior analyst at Swissquote Bank, in a recent note. However, “the short-term direction is unclear, as investors hesitate whether it is a good idea to carry the rally further while the combination of lower demand prospects and higher supply tilts the balance to the opposite direction.”

“Inability to extend gains above the $40 mark hints that a downside correction could be around the corner,” he said, according to Market Watch.

The rippling effect of the drop in crude prices was more like a tidal wave impact on some Oklahoma energy firms.

American Electric Power, trading in the utilities sector fell 40 cents and finished at $82.02.