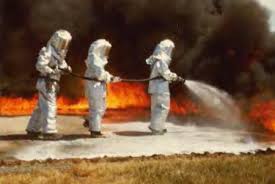 Chances grow daily on capitol hill that Oklahoma’s Senators and Representative will not get a chance to vote on any measure to clean up those controversial “forever chemicals,” the ones produced in many cases by firefighting foam used at military air bases and civilian airports as well.

The chemicals have contaminated water supplies throughout the nation but POLITICO reports that hope has fizzled for major progress on the issue.

The topic was considered to be one of the few areas of bipartisan concern among lawmakers, prompting Democratic infighting about who is to blame for falling short. The lack of action has left  endangered Democratic freshmen, including Rep. Elissa Slotkin of Michigan and Rep. Antonio Delgado of New York, without legislative victories on a key local campaign issue.

House Democrats last week failed to hitch their sweeping measure to regulate PFAS (H.R. 535 (116)) to two major must-pass vehicles that would have forced Senate Republicans, who were chastened by the White House last year for working across the aisle on the issue, back to the table.

It’s a major failure for House Democrats, who have focused on PFAS contamination from the time they took the majority in 2018. 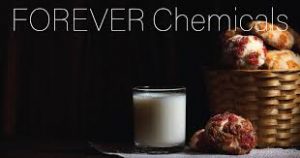 Some remain hopeful that parts of the PFAS push, such as federal drinking water limits, will find their way to passage through other avenues. But the window for action on anything but a handful of must-pass measures is fast closing. “It’s just crazy that you have an issue that’s political and electoral and they still can’t manage somehow to get anything done in a real way,” a Senate Democratic aide said.