A mountain of paperwork in Chesapeake Energy’s bankruptcy filing 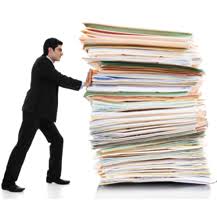 Dozens and dozens of filings were made in the case in the ensuing days as the bankruptcy had been anticipated for months by other energy companies that had business connections to the Oklahoma City firm. At least 16 filings were made on July 2.  Many were Notices of Appearance and Request for Notice filed by attorneys representing pipelines or the Railroad Commission of Texas. Others were certificates of mailings.

For instance, pipeline company Williams Cos. has contracts with Chesapeake Energy and reportedly has been preparing for the event for months.

One published reported stated that Williams reduced its exposure to Chesapeake to 6% of revenue from 18% five years ago, and said it is “confident in our ability to defend the integrity of our contracts,” as its pipelines remain integral to “maximize the value” of Chesapeake’s assets, VP Laura Creekmur stated.

Crestwood Equity Partners is another firm that has contracts with Chesapeake Energy. Crestwood said its gathering and processing systems are integral to Chesapeake’s operations in the Powder River Basin, as a substantial amount of its revenues are derived from the sale of natural gas and natural gas liquids produced from acreage dedicated to Crestwood; Chesapeake also is “current on all outstanding invoices.”

One of the filings by Chesapeake Energy revealed it owned working interests in approximately 13,500 oil and gas production sites where royalties were paid and still owed. Chesapeake stated it generally paid royalties and non-op working interest payments totaling nearly $200 million a month and had paid in 2019 an amount of $2.4 billion.

At the time of the Chapter 11 filing, Chesapeake stated it will owed $500 million in outstanding royalties and the non-op working interest payments.

Bankruptcy Judge David R. Jones issued a ruling on July 1 authorizing the rejection of Chesapeake’s agreements with Gulf South Pipeline, a natural gas system that transports gas between south and east Texas, Louisiana, Alabama, Mississippi and Florida. It also connects to the Henry Hub in Louisiana.

As part of the ruling, Gulf South also agreed to withdraw a petition for declaratory order that it had earlier filed with the Federal Energy Regulatory Commission.

A lengthy list of notices were also sent out late in the week by the Bankruptcy Noticing Center to dozens of firms on July 4. They included firms in Oklahoma, Texas, Georgia, Louisiana and other states.

Bankruptcies can be complicated and Chesapeake Energy’s is no different. In fact, it might be far more complicated as the company’s filing on June 28 showed 316 pages of an exhibit and witness list.

While a mountain of filings is expected in the coming days, the judge in the case has set a hearing on postpetition financing and use of cash collateral to be held July 20 at 11:30 a.m. in Houston.