Hertz sued by the customers it accused of stealing cars 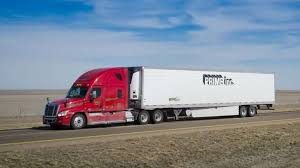 The Missouri company that owns those Prime trucks you see traveling Interstates 40 and 35 in Oklahoma just settled two class-action lawsuits with its drivers offering $28 million.

New Prime, Inc., the parent company had been sued by drivers who contended they were not being fairly paid. Now the settlement could set a precedent for other drivers of other trucking companies. A July 20 court filing in the case showed that up to 26,000 current and former drivers are eligible for the $28 million payout according to a report by Business Insider.

Both of the class-action suits — Oliveira v. New Prime and Haworth v. New Prime — involved truck drivers for Prime who claimed that they were not fairly paid. Truck driver Dominic Oliveira’s case went all the way to the Supreme Court, which unanimously sided with Oliveira’s claim.

“We are proud of how we treat all of our associates, and we work hard to get it right,” general counsel Steve Crawford wrote in an email to Business Insider. “Nevertheless, we decided that moving past this litigation was the right thing to do.”

The core issue in both cases stemmed from a decades-old practice in the trucking industry in which drivers are paid per-mile, not hourly or annually. Oliveira argued that he deserved to be paid at least minimum wage. 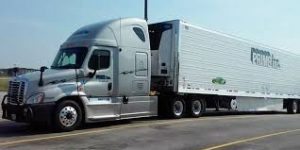 Truck drivers spend weeks on the road for work and hours every day doing non-driving work tasks. In a 2016 study, almost 63% of truck drivers said they waited at least three hours every time they were at a shipping dock. This waiting time typically goes unpaid.

According to the US Department of Labor, “Any work which an employee is required to perform while traveling must, of course, be counted as hours worked.”

Experts say the case and its massive settlement could set a precedent for truck drivers who say their companies aren’t paying fair wages. Cathy Roberson, president of research firm Logistics Trends & Insights, said this may create a path for truck drivers who have documented evidence of unpaid work to fight for back pay in court.

“It could tip the scale in favor of the driver,” Roberson told Business Insider. “For those that do potentially launch action against a trucking firm, a precedent has been set already and they could refer to this.”

She added, “In a way, it’s almost like a wakeup call.”

America’s $800 billion trucking industry relies on owner-operators, who own their trucks and may be contracted with certain companies. About 350,000 to 400,000 of the nation’s 1.9 million truck drivers are owner-operators.

Like most trucking companies, Prime classifies its owner-operators as contractors — and are therefore not privy to certain worker protections. The Supreme Court ruled in its unanimous opinion last year that Prime’s owner-operators were indeed employees and entitled to the federal minimum wage of $7.25 per hour.

“Considering the continuing efforts of mega-carriers to thwart the rights of drivers, the decision is an important one for protecting the rights of interstate drivers to have their claims heard publicly and in a collective fashion,” Justin Swidler, an employment law attorney who often represents truck drivers, told Business Insider following the Supreme Court ruling.

Crawford of Prime said the company believes its business model is “completely lawful.”

The court case “primarily dealt with a challenge to the independent contractor business model for truckers,” Crawford wrote in an email.

“The independent contractor has been a long standing piece of our company and trucking in America,” Crawford said. “We believe that our business model is completely lawful and compliant with all regulations while providing drivers the opportunity to earn, based on their own efficiency and productivity, excellent compensation.”

It’s the latest in a set of legal action that pushes the boundaries on a question recently haunting America’s courts in recent years: whether truck drivers deserve minimum wage for non-driving duties.

A federal court in California told Walmart that it owes its California truck drivers $54.6 million in January 2020. The opinion said Walmart violated the law when it didn’t pay truck drivers for rest breaks and other non-driving time.

In October 2018, a federal court in Arkansas decided in a class-action suit that drivers should be paid for every hour truckers spend in their trucks while not sleeping — 16 hours a day of at least minimum-wage pay.

In 2017, a Nebraska court decided that trucking giant Werner Enterprises must pay $780,000 to 52,000 student truck drivers after being accused of pay-practice violations. Another major carrier, C.R. England, paid $2.35 million in back wages to more than 6,000 drivers in 2016.