Large battery storage operations to be built in Texas 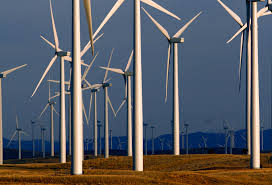 A handful of cities and towns in northern Colorado will soon get electricity supplied by a wind farm located near the Wyoming border.

Testing of Platte River Power Authority’s largest source of wind energy began late last week after construction recently concluded on both the Roundhouse Renewable Energy Project and the generator outlet connecting the 225-megawatt facility to Platte River’s Rawhide Energy Station according to a report by the Colorado Daily.

“Completion of the Roundhouse wind project is one significant step of many we will need to take on the path toward achieving a 100% non-carbon energy portfolio,” Jason Frisbie, general manager and CEO of Platte River, said in a written statement. “Once online, this project will help us deliver approximately 48% noncarbon energy to our owner communities.” 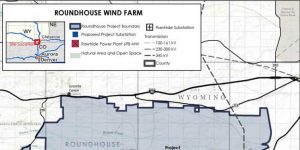 A subsidiary of NextEra Energy Resources LLC owns and operates the Roundhouse site and will sell the electricity to Platte River under a 22-year power purchase agreement. Platte River owns the 230-kilovolt generator outlet that will carry power to the transmission interconnection at Rawhide, from which it will be delivered to Platte River’s owner communities.

Owning the generator outlet guarantees the exclusive delivery of wind power from Roundhouse for the duration of the purchase agreement and beyond, according to Frisbie.

Testing of the facility and of the transmission interconnection at Rawhide will continue through early June, with commercial operations expected to begin by the end of the month.