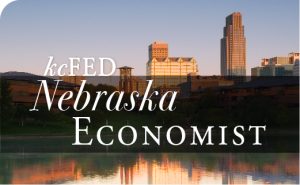 Nebraska’s economy began 2020 on what appeared to be solid footing, but has been shocked in ways bearing little resemblance to anything experienced in modern times.

As COVID-19 began to spread across the globe from January to March, leading to widespread economic shutdowns, business activity collapsed and a massive number of individuals suddenly were out of work.

Although the rapid deterioration of economic conditions in Nebraska was not as severe as other parts of the country, unemployment spiked in April to levels that previously may have been unimaginable.

Through June, many segments of Nebraska’s economy have reopened, at least partially, but the economic shock of COVID-19 appears likely to persist for months, if not years.