Legalized marijuana expected to result in higher electricity use 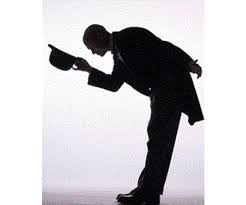 Action taken by the Legislature last month to protect Oklahoma Department of Transportation (ODOT) funding for the next fiscal year, which begins in July, has allowed ODOT to proceed with plans to repair or replace structurally deficient roads and bridges throughout the state.

Rep. Todd Russ, R-Cordell, chair of the House Appropriations & Budget Committee for Transportation, said transportation is ultimately receiving about $4 million additional for Fiscal Year 2021 than for FY20, once all bonding and debt structures and transportation funds are taken into account.

“The Legislature for years now has made a commitment to improving our roads and bridges, knowing that keeping our families safe and our commerce running smoothly is one of the top services of government,” Russ said. “I was glad we were able to find the right balance of appropriations and bonds to keep our eight-year roads projects on track and our County Improvements for Roads and Bridges fund intact.”

Due to the COVID-19 pandemic and the resulting budget shortfall, state agencies saw an average of 4% cuts to their Fiscal Year 2021 budgets, a significantly lower cut than had originally been anticipated. The Legislature approved the FY21 state budget via veto override.

ODOT received a $180 million reduction to ODOT’s highway construction program, with authorization for the agency to issue $200 million in bonds to help keep projects on track and to make bond payments for the first year.

“It was gratifying to hear from the state transportation secretary that the Legislature’s Fiscal Year 21 budget appropriation and our allowance of some bonds for roads projects will help preserve the department’s projects list,” said Rep. Avery Frix, R-Muskogee. Frix is chair of the House Transportation Committee. “Transportation is a main economic driver, and we want Oklahoma to be known as a state where people can do business by easily and safely moving their people and their products.”

In their Monday, June 1 meeting, ODOT commission members approved contracts for two major interstate projects that will greatly affect traffic in the Oklahoma City metro area, with work on both expected to begin in late summer.

The first is a nearly $80 million project to replace six bridges on I-40 in Del City, all of which are in poor condition and require constant maintenance and repairs. Five of the structures are rated structurally deficient. The second project is a nearly $28 million project to rehabilitate the concrete pavement and nine bridges on I-44 between I-40 and just south of I-240 on the city’s southwest side.

The commission also learned that the Transportation Infrastructure Finance Innovation Act loan for the Gilcrease Expressway project in Tulsa was approved by the federal government in May. The project is being built by the Oklahoma Turnpike Authority and includes ODOT as a partner along with other local entities.

Commissioners also voted to award 35 contracts totaling more than $157 million to improve highways, roads and bridges in 28 counties across the state.