Crude approaches $40 a barrel in the US

Has Tesla decided on Austin for its new plant? 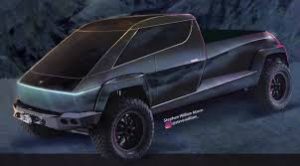 Austin, Texas is giving Tulsa, Oklahoma serious run as the two cities vie to land a new Tesla truck manufacturing plant. One report indicates Tesla might have already decided to side with Austin.

A report indicated that Tesla could get more than $60 million in tax breaks if it chooses a site in Austin. Elektek reports that Tesla is already acquiring $5 million worth of land outside of Austin to build its new factory. Tesla has yet to confirm the report.

In a bid to help lure Tesla to Central Texas, the Del Valle school district southeast of Austin is considering an incentives deal that could save the electric automaker up to $68 million on its property tax bill over 10 years if it brings a major assembly plant — and thousands of jobs — to Travis County.

The proposed agreement — which was made public by the Texas comptroller’s office Thursday — calls for Tesla to build a 4-million- to 5-million-square-foot facility that would eventually employ 5,000 or more workers on a site just off Texas 130 in southeastern Travis County.

If the Del Valle school board approves the agreement and Tesla moves forward with the factory there, construction could start in the third quarter of this year and take two to three years to complete, according to documents filed with the Texas Comptroller’s Office.