Space Authority to meet in OKC 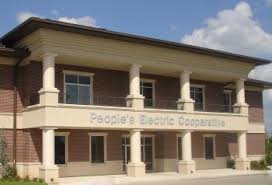 Oklahoma Corporation Commissioners plan to hold a hearing on Wednesday into the fight between Oklahoma Gas and Electric and People’s Electric Cooperative over OGE’s attempt to provide electrical power to a facility located in People’s service territory which covers southeast Oklahoma.

In a May 26 filing, OGE appealed a commission order stopping the utility from serving Tall Oak Midstream, LLC of Edmond and its Woodford Cryo plant. The Commission put the appeal on its agenda for its Wednesday meeting as OGE is attempting to stop the “effectiveness of Order No. 711782….and a proposed order granting said motion in Cause No. PUD 201900026.”

In challenging OGE’s action, People’s claimed the utility violated the Act by applying to the Southwest Power Pool for the ability to ‘tap’ a third-party transmission line owned by Western Farmers Electric Cooperative and build a new substation in order to provide retail service from OGE’s  retail distribution facilities and miles into Peoples certified territory.

Peoples not only contends OGE is violating the Act but Peoples can serve the plant with expenditure of only $193,500 compared to the $5.6 million already reportedly spent by OGE.

OGE wants a delay in the order while awaiting a similar case involving CKenergy that is before the Oklahoma Supreme Court.

It was in 2017 when Tall Oak Midstream III, LLC, based in Edmond announced plans to construct a natural gas gathering system covering stacked pay zones including the Woodford, Caney and Mayes formations. The company said its system would span Hughes County and parts of Seminole, Pontotoc, Coal, Pittsburg, Atoka and McIntosh counties.

The Corporation Commission meeting will begin at 1:30 p.m. and again will be a virtual session with participants joining by the Internet or by telephone.