Crude prices slip ahead of predicted drop in US supplies 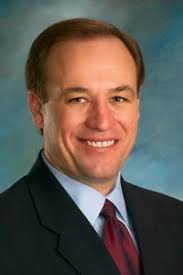 Oklahoma Corporation Commission chairman Todd Hiett says he believes he is following the spirit of the law and the oath of being a state regulator and is acting on the legal advice of a former Oklahoma Attorney General,  even as he sits on the board of directors of Spirit Bank in Tulsa. An opponent contends it is a conflict of interest.

The issue was raised last month by Libertarian Todd Hagopian, a candidate for the Corporation Commission. In an interview with OK Energy Today, Hagopian stated, ““I do not believe that you are allowed to have an indirect interest in an entity that secures contracts from companies who are governed by the Commission. While I am not intimately familiar with Spirit Bank’s operations, I believe it draws the question on whether they do business with the oil, gas, transportation, and public utility companies in Oklahoma.”

But Commissioner Hiett points to an opinion he sought in 2015 from the Oklahoma City law firm of Lester, Loving and Davies law firm. Susan Loving, a former state Attorney General joined with Andrew Lester and issued an opinion dated January 12, 2015 following Hiett’s election to the commission.

He had questions whether there might be a conflict of interest or violation of the Corporation Commission oath because of his membership on the board of directors of Spirit Bank in Tulsa.

The two attorneys provided Hiett with a 4-page opinion and in their conclusion stated: “Given the fact that your service on the board of directors of the bank predates your election as a corporation commissioner, we are aware of no facts that implicate rule 4.2 of the Rules of the Ethics Commission. With respect to your membership on the bank board, you may wish to recuse from participating in any vote or other action of the board that relates to financing of any entity regulated by the Corporation Commission.”

Hiett says since receiving the legal opinion, he has recused himself from bank board votes on any loans or financial matters pertaining to energy-related firms.

The Commissioner finds himself in a primary election race with fellow Republican Harold D. Spradling of Oklahoma City. Spradling ran two years ago for the Corporation Commission when he was 84 and lost to Commissioner Bob Anthony. He has cited his career as a pastor, teacher and counselor.