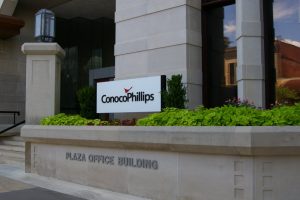 ConocoPhillips announced its estimated production curtailment amounted to 225,000 barrels of oil equivalent a day in the second quarter of 2020. It also intends to resume production in most operations beginning in July.

Excluding Libya, and adjusting for closed dispositions and curtailments, production in the second quarter of 2020 is expected to be in line with the same period a year ago and approximately 5 percent below the first quarter of 2020.

“ConocoPhillips established a consistent set of criteria for evaluating and implementing economic curtailments during the recent weakness in netback oil prices,” said Ryan Lance, chairman and chief executive officer. “Due to our strong balance sheet, we were in an advantaged position to create value for shareholders by forgoing some production and cash flow in the second quarter in anticipation of receiving higher cash flows for those volumes in the future.”

The company continues to monitor netback pricing and evaluate curtailments across its operated assets on a month-by-month basis. Based on the company’s economic criteria, it expects to begin restoring curtailed production in Alaska during the month of July.

In the Lower 48 region, the company also expects to begin bringing some curtailed volumes back on line during July and will continue to make economically driven production decisions at the asset level in the months ahead.

At Surmont, the company is also planning to increase production from curtailed levels in the third quarter. Given ongoing variability and uncertainty in the outlook for production curtailments, the company will continue to suspend forward-looking guidance and sensitivities.

The company will announce second-quarter operational and financial results on July 30.