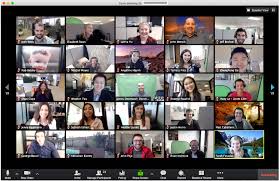 The federal government’s defending its use of Zoom public meetings to hear from the public about plans to expand oil and gas drilling on federal lands in New Mexico and Alaska.

But Native Americans in the two states argue their tribal members aren’t fortunate enough to have the capability of using the Internet connectivity to voice their objections to the plans.

The Washington Post reported this week the Interior Department’s Bureau of Land Management calls the meetings held so far a success.