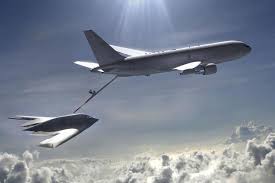 Oklahoma U.S. Sen. James Lankford joined Democrat Sens. Maggie Hassan of New Hampshire and Jeanne Shaheen of New Hampshire in calling for the government to investigate ongoing delays of the KC 46 aircraft. The new refueling tanker is based in Wichita, Kansas but some are also based at Altus Air Force Base in Oklahoma.

Lankford and Sen. Hassan serve on the Senate Homeland Security and Governmental Affairs Committee, the top Senate oversight committee and the Governmental Accountability Office prioritizes requests from the committee.

The Senators contend the delays of the KC-46 program are preventing the aircraft from being used in operational missions.

The delays to the KC-46 aircraft program are due to a variety of issues, including several critical deficiencies with the remote vision system and the refueling boom, which affect aerial refueling operations. Until the KC-46s are operational, the Air Force may need to continue using refueling aircraft that are more than 60 years old to complete its missions.

In a letter the Senators wrote, “The KC-46 aerial refueling tanker modernization program, currently assessed at a cost of about $43 billion, is one of the Air Force’s highest acquisition priorities… The Air Force started accepting aircraft in January 2019 with these critical deficiencies. While the Air Force has already accepted over 30 aircraft, US Transportation Command has decided not to use the aircraft in operations until the critical deficiencies are fixed, which is not expected to occur until 2023.” 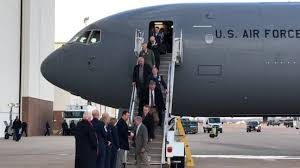 The Senators call on GAO to review the status of Boeing’s efforts to fix these deficiencies as well as the steps that US Transportation Command is taking to lessen the impact that the KC-46 program delays are having on the Air Force’s operations.

Last year, Altus Air Force Base welcomed its first KC-46 tanker, and Lankford joined state and federal leaders at the Base to commemorate the important day in the Base’s ongoing mission. Lankford worked to secure funding for the KC-46 in one of the two federal funding packages, which included funds for 12 more tankers in the next fiscal year for programs important at both Tinker and Altus Air Force Bases. Lankford also supported the Fiscal Year 2020 National Defense Authorization Act (NDAA), which included authorization for the tankers.