New Mexico is getting another wind farm 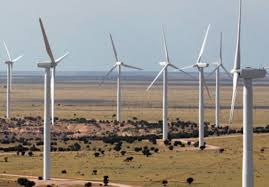 Work is underway on the latest wind farm being built in New Mexico. The 306MW La Joya wind farm, located in south central New Mexico is the second to be constructed by Avangrid Renewables, a company based in Portland, Oregon.

The project will comprise 111 turbines, of which 74 will be on state trust land and the remainder on private land located approximately 75 miles south of Albuquerque.

La Joya is expected to be operational by the end of 2020, when it will deliver power to the Public Service Company of New Mexico.

Avangrid said that as work proceeds on site, crews are practicing social distancing and other recommended best practices to reduce risks associated with Covid-19.

The adjacent 298MW El Cabo consists of 142 Siemens Gamesa 2.0 and 2.1MW turbines and became operational in December of 2017 according to Renewable Energy News.

Avangrid Renewables chief executive Alejandro de Hoz said: “We are excited by the progress at La Joya and our growing footprint in New Mexico.

“We have enjoyed a long and positive relationship with the New Mexico State Land Office and are pleased to partner with them on this project to build more clean energy capacity and support New Mexico’s public priorities.”

“When integrated with our wind, solar and battery storage, PNM is well underway to not only meet the state’s emissions-free mandate but well positions us on the path to 100% carbon free by 2040.”