Wind farm developer interested in merger with Evergy in Kansas 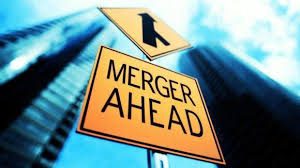 Reports suggest that NextEra Energy, the Florida-based firm with numerous wind farm operations throughout Oklahoma might be in the hunt to acquire Kansas City-based Evergy. Other utility giants are also said to be interested in such an acquisition including American Electric Power, parent of PSO in Oklahoma and St. Louis-based Ameren.

One report indicated NextEra already has internal evaluations of such an acquisition underway. Here’s why. Evergy is said to be under pressure from activist investor Elliott Management to consider prospects for a sale. The utility declined to comment on bids or recent interest, but Elliott’s letter in January highlighted the opportunities of a “premium stock-for-stock merger” as a potential combination according to a report by Utility Dive.

NextEra has already hired Citi to advise on a potential deal and has expressed interest in acquiring electric utilities. A hitch in the effort is the COVID-19 pandemic and the resulting economic downturn and volatility in utility stocks.

“This volatility is something that any potential deal would have to be taking into account,” he said, adding that he was surprised to see headlines of NextEra’s interest “in the middle of” COVID-19.

NextEra did not respond to requests for comment. On Jan. 21, Guggenheim Securities reported NextEra and Ameren were clear candidates for a merger with Evergy, with Exelon as a “potentially dark horse.”

Ameren, based in St. Louis, has experience working with regulators in Missouri, who also have jurisdiction over Evergy. In addition, Evergy has recently contracted for renewable energy from the generation arms of AEP and NextEra.

When Westar Energy and Kansas City Power & Light, a subsidiary of Great Plains Energy, were working on their $12.8 billion merger for what would become Evergy in 2019, Kansas regulators delayed the process for two years when they deemed the utilities did not provide adequate safeguards to protect consumers.

Any bid for Evergy would have to withstand the state’s merger standards, David Nickel, consumer counsel for the Kansas Citizens’ Utility Ratepayer Board (CURB), told Utility Dive.

CURB had opposed the merger that produced Evergy, but would not be taking any position on potential partnerships until bids for the utility were officially posted, Nickel said.

“We primarily look to see what it’s going to do to the credit rating of the merged company, what type of savings there would be for ratepayers by virtue of the merger.”

NextEra has a reported $5 billion investment in wind farms in Oklahoma but in 2019, was forced to cancel two projects because of a disagreement over interference with military air bases in the state, mainly the Vance Air Force base in Enid and its flight training requirements. The canceled projects were the 220-megawatt Minco V wind farm and a 250-megawatt Crowder wind project.