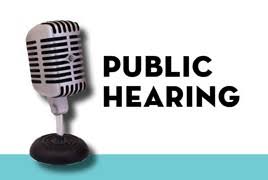 Regulators in North Dakota are following actions of Oklahoma and Texas to consider requests for mandated reductions in crude oil production. North Dakota regulators have set a May 20 hearing date in which they will hear testimony for and against arguments of some that the current production of crude oil is a waste of energy.

It is a similar argument made by some oil producers in Oklahoma and a May 15 hearing date has been set by the Corporation Commission.

North Dakota regulators will hear testimony May 20 on whether oil production at current low prices amounts to wasting natural resources, potentially setting the stage for output restrictions, like those under consideration in Texas and Oklahoma according to a report by S and P Global Platts.

The state’s active rig count has plummeted in recent weeks in response to the global oil price crash.

In March, North Dakota implemented a waiver program allowing oil and natural gas drillers to keep wells in non-completed or inactive status longer than regulations typically allow. The policy was designed to prevent producers from either bringing more unwanted crude onto the market or being forced to abandon wells completely.

Ahead of the May 20 hearing, the North Dakota Industrial Commission asked industry to weigh in on a wide range of oil market issues, including price volatility, oversupply amid reduced demand for North Dakota oil, hedged production, impacts on royalty owners when oil prices turn negative, and the challenges of curbing or shutting in production from North Dakota wells.

Written comments are due to the commission’s oil and gas division by May 15. During the hearing, speakers will be able to testify by phone for 15 minutes each.

North Dakota lost about 40% of its drilling rigs over the course of three weeks in March as the impact of low global oil prices and plunging demand started to be felt in one of the top US oil production regions.

The state has 31 active drilling rigs as of Wednesday, according to the Department of Mineral Resources. The rig count has plunged from 55 in January, 54 in February, and 52 at the start of March.

North Dakota regulators expect the state’s rig count to fall to the mid- to high 20s, in line with the 27 rigs seen during the 2015 price collapse, DMR Director Lynn Helms told reporters April 14.

North Dakota producers also face shrinking oil storage capacity, which Helms said was “nearly full and looks like it could be full by June.”