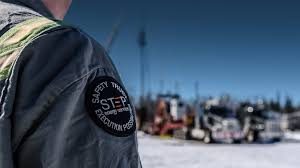 Canadian company STEP Energy Services added four more employees to its list of those laid off this month at its facilities in McAlester.

The company notified the Oklahoma Workforce Development office this week, adding to the 15 who were let go in early April. A notification was also made to McAlester mayor John Browne.

With U.S. operations located in Spring, Texas, STEP Energy laid off 151 workers in Texas and the 15 in Oklahoma on April 9. It planned to also lay off 79 workers at the firm’s Permian Basin facility in Midland and 72 employees at its Eagle Ford Shale operation in Floresville, Texas.

In a WARN letter sent to Oklahoma this week, the company blamed the coronavirus and the oil crisis.

“The mass layoff is a result of the recent unexpected drastic downturn in the price of oil, beginning on or around March 9, 2020, and which STEP has been assessing over the last several days. Some affected employees will be provided with less than 60 days’ notice of the mass layoff due to the unforeseen business circumstances. However, STEP has provided all affected employees with as much notice as practicable under these unforeseen circumstances.”