Fight between Williams and Energy Transfer still alive in court 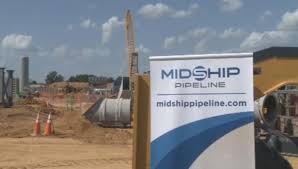 Midship Pipeline Company, LLC announced Monday that it has received full final approval from the Federal Energy Regulatory Commission to place Midship Pipeline into service stretching from Kingfisher to the state line.

The 234-mile pipeline is designed to move natural gas from Oklahoma’s Anadarko Basin to the Gulf Coast and southeast markets and beyond. Midship plans to begin accepting nominations to transport gas on the pipeline this week. The project represents over $1 billion of direct capital investment in Oklahoma, supporting thousands of construction jobs and hundreds of additional jobs.

“It took close coordination and communication with our partners, stakeholders, regulators, shippers, and members of the community to reach this milestone,” said Michael Manteris, President of Midship Pipeline Company. “This authorization to commence operations means we can continue to support Oklahoma’s economy and energy sector jobs, at a time when it is needed most.”

Engagements in Oklahoma on the Midship Pipeline project began in November 2016 with open houses in communities along the route, as well as discussions with county commissioners and both community and tribal leaders. Midship engaged more than 2,500 stakeholders through hundreds of meetings across all eight counties on the pipeline’s route to obtain feedback and adapt the project to the specific needs of each county. FERC granted full Notice to Proceed in February 2019. 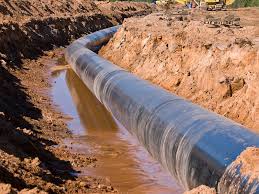 “The Midship Pipeline has been an economic boost for the eight counties where the pipeline operates,” said Sen. David Bullard, R-Durant. “Since the beginning of construction, the Midship Pipeline has supported hundreds of quality jobs and will inject an estimated $200 million of ad valorem taxes into counties in which it operates. This is a true investment in Oklahoma’s energy infrastructure and will continue to positively impact the communities along the route and beyond.”

“The Midship Pipeline is a major win for Oklahoman’s oil and gas producers,” said Rep. Mike Sanders, R-Kingfisher. “With this approval, Midship can now move Oklahoma natural gas product safely and efficiently to the global market while supporting economic growth in our state.”

Midship’s philanthropic endeavors include contributions of over $637,000 to community organizations and programs across the eight counties in which it will operate, supporting first responders, agriculture education, and science, technology, engineering and math (STEM) initiatives. Most recently, donations were made to rural hospitals to help pay for personal protective equipment (PPE), cleaning supplies and other necessities to try to support health workers and patients during the COVID-19 pandemic.

“Midship has set a great example of a thoughtful corporate citizen that is continually meeting the needs of its neighbors,” said Bryan County Commissioner Ron Boyer.  “I am personally grateful for Midship’s support across every county and happy to see the project start moving Oklahoma natural gas.” 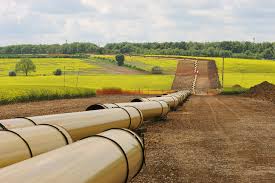