Rep. Cole…US coronavirus response has been far from delayed 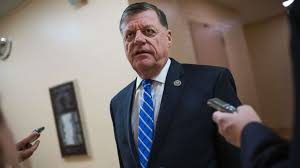 Oklahoma Congressman Tom Cole contends the U.S. response to the coronavirus is far from delayed as claimed by some Democrat critics of the Trump administration. And he points to actions taken by a subcommittee he chaired two years ago.

Over the weekend, the Republican U.S. Representative offered a weekly video update where he discussed the spread of the virus that has now claimed at least two lives in the U.S.

“First off, and as I explained several weeks back in the Wall Street Journal, Congress thankfully began preparing for public health emergencies like the coronavirus five years ago, shaping policies and prioritizing investment in infectious disease readiness,” wrote Rep. Cole.

“That included general increases each year for the National Institutes of Health, the Centers for Disease Control and Prevention and the Strategic National Stockpile of medications and other medical supplies.”

Cole said the Republican-led Congress in 2018 created the Infectious Disease Rapid Response Reserve Fund, a move that came when Cole was chairman of the House Appropriations Subcommittee that funds the Department of Health and Human Services, including the CDC and the NIH.

Rep. Cole said because of the action taken two years ago, Congress already had vital public health tools in place allowing the government to direct “a swift and decision response” to protect our citizens.

“Moreover, President Trump made the wise decision early on to order travel restrictions and quarantines, which effectively bought our country some extra time. And every step of the way, the Administration has kept Congress informed on what is known about the virus and what steps are underway, including NIH working to develop a vaccine as quickly as possible,” said the congressman in his update.

See attached from the congressman’s report.