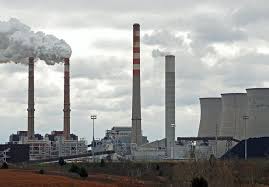 The closing of another coal-fired power plant across the U.S. this week highlights what is happening to the coal mining industry.

The Associated Press reported what it means to those who work in the coal mining industry.

When coal-burning plants close, coal mining loses its best customer. Since 2010, 500 coal-burning units, or boilers, at power plants have been shut down and nearly half the nation’s coal mines have closed. No U.S. energy company, big or small, is building a new coal-burning plant.

Employment in the U.S. coal industry is the lowest in decades. Coal mine jobs have dropped by nearly 50 percent in the past decade to about 50,000 — a far cry from the 900,000 workers who were digging in coal mines when the industry hit its peak in the 1920s.

Electric utilities are telling investors and customers that coal costs too much, mostly because of the money it costs to offset environmental effects, such as the release of carbon dioxide. Blackrock, the world’s largest asset manager, informed its clients in January that it would no longer invest in companies that get more than 25% of their revenue from burning coal.

Electric utilities — and their customers — have instead embraced renewable energy and cleaner-burning gas burned in combined cycle plants, which have a smaller footprint and about a tenth of the workers of a coal plant.