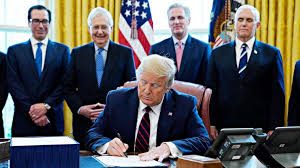 The House approved the bill on Friday, two days after the U.S. Senate voted for approval and President Trump quickly signed the measure Friday afternoon. Approval in the House came on a voice vote and only one U.S. Representative from Oklahoma was in attendance.

Tulsa Rep. Kevin Hern voted for the measure as Reps. Kendra Horn and Tom Cole were still in self-quarantine after being in contact with House members who tested positive for COVID-19. Rep. Markwayne Mullin had intended to be on hand for the vote but rushed quickly back to Oklahoma because the condition of his son worsened following a serious injury earlier in the year. Rep. Frank Lucas remained in Oklahoma, saying he did so “out of an abundance of caution.” 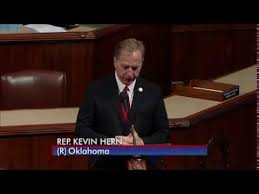 “$2 billion in unexpected spending means there will be cuts down the road. Just like when a family needs to tighten their belts to make up for unexpected costs, our government will need to do the same.”

Rep. Mullin issued a statement from his office, “While this bill won’t fix all our problems, it brings some much needed relief and confidence that the federal government is taking action to combat this crisis.”

“The scope of this thing is just incredible,” stated Rep. Cole. “I’ve never seen anything remotely like it.”

He called it “unprecedented help” to sustain small businesses and their workers.

Rep. Horn said it will offer “significant financial support in the form of grants to help our small businesses keep the lights on and stay afloat and keep people on their payrolls even if the doors have to be shuttered.”

In Oklahoma, state requests for unemployment insurance hit a record high of 17,720 for the week ending March 21 which was an increase of 15,800 from the previous week.