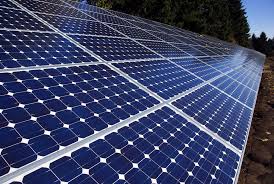 The Chickasaw and Choctaw Indian tribes in Oklahoma have reached agreement with Oklahoma Gas and Electric Co. to construct two solar farms in southern Oklahoma.

Each farm will be 5-megawatt in size and should be operational by August of this year, helping bring electrical power to the utility’s 858,000 customers in the southern part of the state.

“We are pleased to collaborate with these two great tribes to meet their renewable energy needs while growing the availability of universal solar energy on our system,” said Sean Trauschke, CEO at OGE.

“This collaboration highlights the importance of working together to help sustain both a strong economy and a thriving natural environment for generations to come,” said Gov. Bill Anoatubby of the Chickasaw Nation.

“This solar farm partnership addresses both the environmentally responsible use of energy as well as provides an economic hedge to uncertain energy prices in the future,” said Ronald Abney, executive director of the Choctaw Nation.