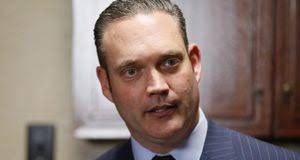 Economic growth in rural areas would be given more consideration in the state’s eight-year transportation project plan under a bill by House Speaker Charles McCall, R-Atoka.

“Rural transportation infrastructure isn’t keeping up with development in some areas because the state’s road funding formula does not properly account for rural economic growth. This bill fixes that,” McCall said.

House Bill 4028 requires the Department of Transportation to “identify rural areas where robust economic development has created traffic flow difficulties” and give more prioritization to road funding for those areas in the department’s eight-year construction plan.

“This minor adjustment to the road funding formula will go a long way for rural Oklahoma,” McCall said. “Everyone benefits from a strong rural Oklahoma because rural Oklahoma provides for all of Oklahoma. Transportation infrastructure is a big part of that.”

HB 4028 passed the House Rules Committee, 8-0, on Tuesday. It was presented in committee by Rep. Ronny Johns, R-Ada.

“Rural traffic jams are a real thing,” said Johns, vice chair of the House Transportation Committee. “In a rural area, if a road is backed up, you usually can’t take a different route. You’re stuck.”

“When there is economic growth in rural areas, the transportation infrastructure tends to grow insufficient far more quickly than it would in urban areas with more robust transportation networks,” McCall said.

For example, major development in recent years around Broken Bow Lake in southeastern Oklahoma has boosted local tourism, but also led to constant traffic gridlock as state roads in the area have become overcrowded and deteriorated.

“Tourists coming to Broken Bow are finding the traffic just as bad as it is back home in Oklahoma City, Dallas and Little Rock. This and many other rural Oklahoma areas facing similar problems should get relief under this bill,” said McCall, whose district is near the House district where Broken Bow Lake is located.