So you think coal is dead? Hope lives 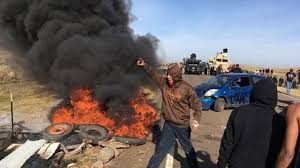 A bill aimed at holding people who riot, especially those protesting oil and gas operations and pipelines has won approval in South Dakota’s State House, but native Americans are angry about it.

Gov. Kristi Noem’s “riot boosting bill” was passed this week on a 45-25 vote and sent to the Senate.

“This bill aims to protect peaceful protest,” he said.

Ahead of the House’s vote on Tuesday afternoon, about 20 tribal members protested the bill in the Capitol rotunda, which is next to Noem’s office. They walked in a circle, yelling, “Gov. Noem, we are not a riot,” and carrying signs stating, “Our voices will not be silenced.” The protest lasted about three minutes before Highway Patrol told them to leave the building because they didn’t have a permit to be there. 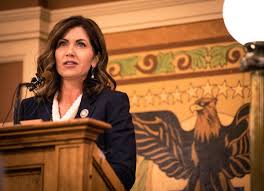 The Argus Leader newspaper reported the protesters stood in the House gallery as they watched the debate and vote on the House floor. After the House’s vote, a woman began yelling at the House members about the bill and said she was expressing her freedom of speech as she was removed from the gallery.

The House’s debate on the bill was split along party lines, with Republicans arguing the bill protects the First Amendment right to peacefully protest and Democrats arguing that it’ll land the state in court again because it chills free speech.

Rep. Manny Steele, R-Sioux Falls, said the bill doesn’t contain anything about peaceful protest, which is everyone’s right to do.