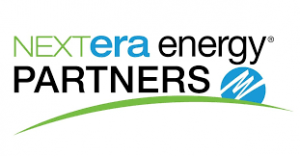 NextEra Energy, the company that battled Oklahoma over its wind farms and interference with low-level military aircraft training in 2019 is facing another legal battle. But this one is in Kansas where it filed suit after being denied a conditional use permit for a commercial wind farm in Reno County.

The Hutchinson News reported the case has been stayed since September 2019 when District Judge Tim Chambers said he needed a record of what had occurred before he could act on any motions.

“First there was a process to decide on what the record consisted of,” he said. “The county, as the lead agency, was the entity that, through the planning commission and board of commissioners, received all the documents that formed the case.

“It was a matter of reaching agreement between the appellant in the case and legal counsel and the intervenor, who the court allowed to proceed in opposition to the application, what the record consisted of. That took a little time, but we were able to do it.”

The record, O’Sullivan said, will consist of 50 different files, with individual files ranging from a few pages to thousands.

Besides the hearing transcripts, there were thousands of pages of documents the public submitted to the planning commission in advance of and during its hearings.

All the records, O’Sullivan said, must be submitted to the court in an electronic format, which meant they had to be scanned and loaded onto electronic files.

The record also includes audio and video files of the public meetings, he said.

“In a (Jan. 22) email that was intended to update all parties, our lead counsel, Eric Steinle, said he’d now collected all the documents pertaining to the record, which were delivered to him in PDFs, and he’d delivered them to the Clerk the District Court,” he said.

Except, that is, for the five “banker’s boxes” of written documents submitted to the planning commission. Those, O’Sullivan said, were sent to a vendor in Wichita to scan.

“When that’s completed, the court will prepare a table of contents and then we’ll be able to proceed,” he said.

O’Sullivan indicated he expected that to be done last week, but the public file doesn’t indicate whether those have been received.

A private portal is set up for attorneys in the case to access the online records.

There are still motions by Pretty Prairie Wind LLC — which is the legal entity that is a Kansas subsidiary of NextEra Energy attempting to build the project — that are pending rulings by Chambers, including a motion for partial summary judgment.

NextEra, meanwhile, has conducted video depositions of at least 17 parties in the case, primarily those who carried petitions, court records and comments to the county commission by some of those deposed indicated.

The suit so far has cost the county about $10,000 for outside legal counsel, O’Sullivan advised the commission, plus about $1,500 to scan documents.

NextEra and some 69 landowners who had contracts with NextEra to put turbines on their land filed the suit in district court in early July.

That happened despite NextEra claiming several times in hearings before the county commission in late 2018 and early 2019 — when the county commission was considering a moratorium on wind development that the planning commission had recommended but it ultimately rejected — that a six-month delay would kill the project.

Company officials also said the project had to be completed before the end of 2019 to qualify for federal tax breaks and to meet a contract agreement with the purchaser of the energy from the wind farm.

The suit alleges problems with a protest petition that forced a unanimous Reno County Commission vote to approve the permit and contends there was no legal basis for denying the permit.

More than 200 people filed petitions against the project. Of those, county staff and a consultant assisting the county determined nearly half were valid, and that the valid petitions represented at least 48% of the land within 1,000 feet of proposed turbines, well above the 20% required by the law.

The county commission on June 11 accepted the protest petition as valid. Then, on June 13, it voted 2-1 to approve NextEra’s conditional permit. Because it was not unanimous, that in effect denied NextEra’s permit.

NextEra’s primary contention in the suit is that anyone circulating the petitions had to sign them in front of a notary, and without a notary those petitions were invalid. None contained notary signatures.

It also raised other issues with signatures on the petitions and who was allowed to sign them.

NextEra argues enough petitions should be disqualified that it does not meet the 20% of the land threshold, and thus the county commission’s 2-1 vote on June 13 in favor of the project was enough to override the Planning Commission.

During a hearing in September, Chambers ruled that a handful of property owners who oppose the development will be allowed to join the suit since the county is not specifically representing their interests.