Will bankruptcies grow with oil and gas slowdown?

Misleading headline and study about fracking and sexual diseases 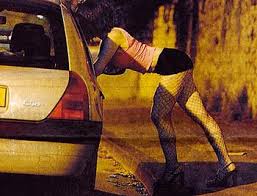 Talk about a misleading headline—how’s this? “Fracking linked to increased  sexually transmitted infections.”

It’s what the headline read over an E & E story about increased rate of sexually transmitted diseases and a study by Yale University researchers.

“Rates of two sexually transmitted infections are higher in Texas counties with heavy fracking activity compared with counties without it, according to a recent study.

Public health researchers at Yale University discovered 10% more cases of chlamydia and 15% more gonorrhea infections, on average, in Texas counties with a bigger shale drilling industry. They failed to find the same correlation in oil and gas regions in Colorado and North Dakota. The time frame the researchers examined was from 2000 — before any shale drilling activity — to 2016.”

Not only was the headline misleading, so was the conclusion of the Yale researchers.

“”The findings in Texas add to the evidence of the social impacts in communities hosting the shale gas industry,” said Nicole Deziel, assistant professor at the Yale School of Public Health and senior author of the study, which was published last month in the journal Sexually Transmitted Diseases.” 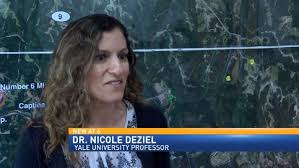 It wasn’t until mid-way into the article was it made clear that the increased rate was due to an influx of workers in the two counties where rates were found to be higher than normal.

“The authors of the study suggested the STI correlation is due to the rapid influx of mobile workforces in counties with high levels of fracking, defined as those that had at least 50 fracked wells annually.

“The associations that we observed are certainly not unique to fracking and the fracking industry. Anytime you have a large influx of workers or a population into an area and you have populations mixing, you could expect to see [similar patterns],” Deziel told E&E News.

Here is the rest of the article:

Deziel has studied the public health effects of unconventional oil and gas drilling for years, including water quality problems tied to the industry. She said she embarked on this newer line of research after seeing a work camp near a fracking site.

“We were doing a drinking water study out in Ohio, and one of the community leaders showed me one of these work camps where there were just rows and rows of cars of workers,” she said.

“Seeing that stuck with me. I wondered how that could be impacting the local community,” she added.

The 2018 paper by Deziel and her colleagues led Physicians for Social Responsibility, an activist association of doctors concerned with environmental toxins and climate change, to add STIs to its list of public health problems associated with fracking activity.

The group’s annual report on the health risks of fracking also cites state health department officials who say they are concerned with increased rates of sexual assault and HIV infection associated with the workforce camps that accompany many fracking project sites.

The National Institutes of Health says the jury is still out on the public health risks posed by fracking and that more research is necessary to draw conclusions. The agency has acknowledged that the arrival of a new workforce can affect public health in communities adjacent to fracking projects.

“Drilling-associated activities, and a sudden influx of a large transient workforce, can also have negative impacts on a community. These may include increased noise, light, and traffic; heavier burdens on local infrastructure and resources, such as roads and hospitals; higher rates of crime and substance abuse; and changes to community character,” according to the agency.

Deziel and some of her colleagues recently published a review of epidemiological studies related to all public health issues that might arise from fracking. Out of 29 studies their report included, 25 found significant correlations between fracking activity and at least one negative public health outcome.

“The evidence is stacking up on one side,” she said.

There are some resources directed at the problem of STI rates in Texas. Ector and Midland counties, both in the shale industry-heavy Permian Basin in West Texas, offer STI testing services through their respective health departments in addition to state health department services.

The industry itself is also playing a role as part of broader efforts to improve the quality of life of its workforce.

The Permian Strategic Partnership, a trade coalition representing 19 leading energy companies active in the Permian Basin, does work in health care and workforce development. It did not respond to a request for comment on whether it has STI-specific programs for its workforce or in the broader community.

According to the partnership’s website, it sees opportunities “to train and retain more doctors in the region, expand utilization of emerging technologies and healthcare models, and advocate for programs that promote wellness throughout the region.”

Last month, the partnership donated $6 million to the Texas Tech University Health Sciences Center to expand health care services in the Permian Basin. The money will be used to establish more residences in West Texas and to retain talented doctors to work in rural, underserved areas, such as those hosting unconventional oil and gas drilling.