Three sister wells with nearly 1,600 barrels of oil a day for Chaparral in the STACK

Colorado says thousands of well production reports have not been filed 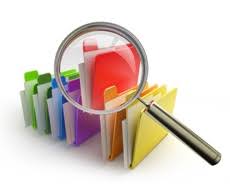 A newspaper report in Colorado says three oil and gas companies have failed to file nearly 10,000 well production reports in the past few years, a discovery made by a tax audit. But one Oklahoma City company has failed to file dozens of reports as well.

The Colorado Independent reported the well production reports are used by the state to ensure the businesses are paying their fair share in state severance taxes.

The missing well production reports were the subject of a tax audit in January that found oil and gas companies in Colorado failed to file more than 50,000 of them between 2016 and 2018.

The COGCC on Wednesday said there are about 17,373 missing reports for wells in production after accounting for about 10,000 that have been submitted since the audit. Of those missing reports, three companies — Kerr-McGee Oil & Gas Onshore LP, Noble Energy Inc., and Bonanza Creek Energy Operating Company, LLC — were responsible for 55% of them.

Oklahoma City-based SandRidge Exploration and Production LLC, according to the audit has failed to file 80 well production reports. 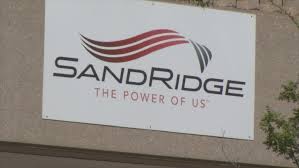 “We are confident all of our production in Colorado has been reported for tax purposes, and we will continue to work with the state to reduce any clerical error rate in the future. In the meantime, we are reviewing our records to ensure everything reported to the Colorado Oil and Gas Conservation Commission (COGCC) was done appropriately and accurately. This year Occidental, and all of its subsidiaries, will pay over $200 million in ad valorem tax to Weld County alone – taxes that fund schools, first responders, and critical public services,” said Jennifer Brice, director of communications and public affairs for Occidental.

Houston-based Noble Energy Inc. recently set an oil and gas production record in Colorado, according to the Denver Business Journal.

The Colorado Independent reached out to the three companies and additional comments may be added if provided.

The state bases its severance taxes on gross income from oil and gas production and not the well production reports. But the companies drilling in Colorado are required by law to submit the reports to the Colorado Oil and Gas Conservation Commission. And the Department of Revenue can then use the reports to ensure that companies paid enough in taxes.

Daniel Carr, a communications manager at the Department of Revenue, said well production reports are not the primary documents the department uses to confirm whether a company has paid enough. The Colorado Independent has requested information on the number of times the department has audited oil and gas companies for additional context.

“We have been talking with them all along through this process,” said Megan Castle, a spokesperson for the commission. “They are well aware of the list and we are very interested in making sure that they work to get into compliance.”

The state said it has updated its IT system so that companies are notified when they do not file well production reports. They have 30 days to then do so or face penalties.

Dan Haley, president of COGA, said in a statement the list does not indicate these companies did not pay their taxes. He said the reports represent less than 1% of all required reports during the audit period.

“Unfortunately, our members still have not been told why these reports were either rejected or are considered missing. Yet, many of our member companies are being unfairly named in the media with no way to defend themselves or explain these years-old reports,” he said.

Citing the Oil and Gas Conservation Act, the COGCC says it is not allowed to fine companies for potential violations that occurred more than a year ago. Colorado Rising, an anti-fracking group, is disputing that, threatening to sue the state if it does not penalize the companies for failing to file reports from 2016 to 2018. The group wants the COGCC to penalize companies $15,000 per violation, per day, a penalty set out in state law.

Below is a list of the companies and the number of missing reports.