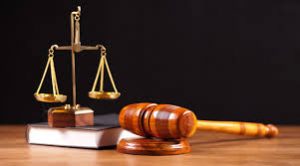 The lone trial stemming from lawsuits filed after the deaths of five workers during a gas well rig explosion and fire in 2018 near Quinton, Oklahoma began Monday in Pittsburg County District Court in McAlester.

Attorneys for the families of the five victims gathered in the downtown courthouse as did those lawyers representing Texas-based National Oilwell Varco, L.P. Selection of a jury was the first order of business and District Judge Michael W. Hogan also restricted online access of the case files through the Oklahoma Supreme Court Network.

A spokeswoman at the Clerk of the District Court indicated the judge restricted public information because he did not want the lawsuit claims and docket available to the jury.

The families of the five workers consolidated their suits against NOV last year, dropping lawsuits against at least seven other firms that had been sued following the Jan. 22, 2018 incident.

Attorneys for NOV had been seeking confidential information about settlements reached by Patterson UTI Drilling Co. with families of the victims, Josh Ray, Matt Smith, Cody Risk, Parker Waldridge and Roger Cunningham. A special Discovery Master was employed to review NOV’s appeal and ruled against the Houston-based company, a ruling that was upheld by District Judge Hogan in an Oct. 1, 2019 decision. 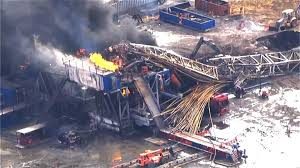 In June of 2019, an investigation by the U.S. Chemical Safety and Hazard Investigation Board concluded in its 158-page report that the failure of safety devices designed to prevent blowouts contributed to the explosion and fire. The report found some of the operations at the Patterson-UTI Energy Inc. drilling site had been conducted “without needed planning, equipment, skills or procedures” and thus, nullified the primary barrier designed to prevent a well blowout.

Families also blamed NOV on the design of the doghouse where the five workers were killed and accused it of negligence.