Drilling at home is productive for Revolution Resources 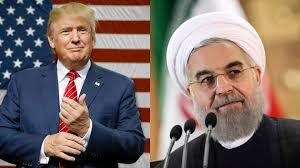 In a report this week, the International Energy Agency said the surging oil production from the U.S. and other non-OPEC countries will assist the market to withstand political shocks of the stand-off between the U.S. and Iran.

“For now the risk of a major threat to oil supplies appears to have receded,” the Paris-based IEA said in a monthly report.

“Today’s market, where non-OPEC production is rising strongly and OECD stocks are 9 million barrels above the five-year average, provides a solid base from which to react to any escalation in geopolitical tension,” the IEA said.

The IEA said it expected production to outstrip demand for crude from the Organization of the Petroleum Exporting Countries (OPEC) even if members comply fully with a pact with Russia and other non-OPEC allies to curb output.

“Even if they adhere strictly to the cuts, there is still likely to be a strong build in inventories during the first half of 2020,” the IEA said.

It estimated OPEC crude production at 29.3 million barrels per day (bpd) in January, 700,000 bpd above the projected demand for it.