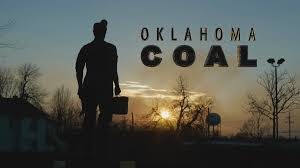 As the number of coal-fired power plants declines in the U.S. at a record pace, coal production in Oklahoma is slipping too.  While reports for 2018 and 2019 from the Oklahoma Department of Mines are not available, previous coal production information shows coal mining in the state has been on the decline for years.

The most recent figures from 2017 indicated only four companies were mining coal at 7 mines in five counties in the state and the total tonnage was 634,452.

Major in-state use of Oklahoma coal has been by the cement and lime industries and the use of coal at the Applied Energy Services Cogeneration Plant near Shady Point, Oklahoma.  Until recent years, the major consumption of Oklahoma coal had been by out-of-state utilities.

Identified coal resources are present in an area of approximately 8,000 square miles in 20 counties in eastern Oklahoma.  The area is within the southern part of the Western Region of the Interior Coal Province of the United States.

Latimer County had one mine near Hartshorne that produced 17,386 tons of coal. LeFlore County’s two mines produced 448,652 tons.

One mine in Okmulgee County had production of 1,282 tons while a mine in Rogers County produced 918 tons of coal.

Although the McClellan-Kerr Arkansas River Navigation System is available for barging coal to international ports, most coal production is shipped by truck or rail.