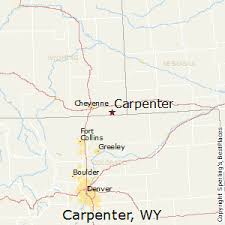 Three workers badly burned in explosions and a fire at a Wyoming oil field are hospitalized.

It was near Carpenter, Wyoming where the incident happened last week according to the Associated Press.

The workers were taken to hospitals in the capital of Cheyenne and across the border in Greeley, Colorado, after the blasts at a compressor station late Thursday, according to Laramie County Fire District No. 4.

“Those guys have a long road ahead,” Fire Chief Scott Maddison told the Casper Star-Tribune on Friday.

The unidentified workers were contract employees of Houston-based EOG Resources, according to a company statement.

A worker who wasn’t hurt reported hearing a “pop, pop” sound and went to shut off the gas, Maddison said.

“When he turned around, he heard another explosion and it was like a huge fireball,” Maddison said.

Maddison said he was told a natural gas leak likely caused the fire at the oil field about 20 miles (32 kilometers) southeast of Cheyenne. The explosion is being investigated, EOG said.

Companies have drilled dozens of deep oil wells in a wide area east and south of Cheyenne over the past decade.

The oil wells produce substantial volumes of natural gas, which is either burned off or sent to market by pipeline. Compressor facilities keep gas pipelines pressurized.