Chesapeake Energy gets a ‘delisting’ warning from NYSE 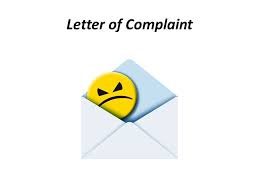 The actions of Oklahoman Ryan Jackson, a former aide to U.S. Sen. Jim Inhofe and now Chief of Staff at the EPA prompted the chairmen of two House committees to complain to EPA Administrator Andrew Wheeler.

In a letter to Wheeler, Democrats Eddie Bernice Johnson who chairs the House Committee on Science, Space and Technology and Frank Pallone Jr., chairman of the Committee on Energy and Commerce stated their complaints.

They were especially angered that Wheeler had defended Jackson for refusing to cooperate with investigators for the Office of Inspector General of the House.

“According to the Inspector General, your Chief of Staff has obstructed multiple inquiries, including by refusing to provide information in an audit requested by the House Committee on Science, Space, and Technology and refusing to submit to an interview with the OIG regarding an ongoing administrative investigation,” wrote Johnson and Pallone.

The two further voiced their concern, by adding, “We are extremely concerned that you are creating an environment at EPA that directly contradicts your 2018 message to employees, is hostile towards accountability, and enables the very waste, fraud, abuse, and mismanagement that Congress has charged the Inspector General to investigate.”

Oklahoma Reps. Frank Lucas, Kendra Horn and Markwayne Mullin sit on the two committees. Lucas is the ranking Republican on the Committee on Science, Space and Technology and was given a copy of the letter from the two Democrats.