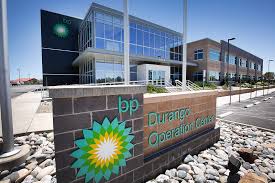 BP American Production Co. confirms it has sold its share in the San Juan Basin of northern New Mexico and Southern Colorado to a European renewable energy company. But BP is not revealing the sale amount.

The Durango Herald reports the BP sale was made to IKAV, a European energy company that specializes in wind and solar development.

“(BP) will continue to operate the San Juan Basin assets until closing and will work with IKAV during the coming months to ensure a safe and seamless transition,” the spokesman stated in an emailed statement to the newspaper.

A representative with IKAV declined to comment otherwise. According to the company’s website, IKAV has offices throughout Europe – in Hamburg, Germany; Paris; Milan; Madrid; and Luxembourg – but not the U.S.

IKAV was founded in 2010 by Constantin von Wasserschleben, who lives in Hamburg, where the company is headquartered. Since 2011, the company reports it has made more than 50 individual investments, mostly in renewables, with 500 megawatts of solar and 800 megawatts of wind projects.

In 2013, for instance, IKAV bought 7.9 megawatts of solar capacity on Sardinia, according to RenewablesNow.com. More recently, IKAV has been making moves to acquire geothermal energy, reports in ThinkGeoEnergy.com show.

The Herald couldn’t find any U.S. investments from IKAV, and it’s unclear what the company’s plans are for the aging natural gas field that spans across Southwest Colorado and northern New Mexico. 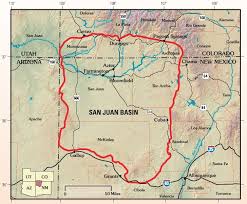 BP announced in August 2018 its intent to pull out of the San Juan Basin as part of a larger company strategy to divest up to $6 billion in order to fund the purchase of U.S. shale oil and gas assets in other regions.

According to a spokesman, BP operates about 1,390 wells in Colorado, and another 2,440 wells in New Mexico.

The move follows a growing trend of operators dropping out of the natural gas field considered past its heyday: ConocoPhillips sold its stake in the San Juan Basin for $3 billion in 2016. And in August 2018, Williams Partners sold its assets for $1.125 billion.

The San Juan Basin was once one of the leading producers of natural gas in the country.