No more wind farms in one Iowa county 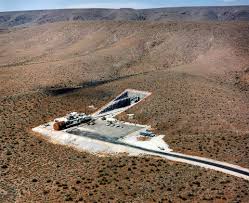 Oklahoma Congressman Markwayne Mullin and others on the House Energy and Commerce Committee voted this week in support of a bill designed to restart the Yucca Mountain nuclear waste licensing process in Nevada.

It was a unanimous voice vote but observers believe the bill by Illinois Republican Rep. John Shimkus will have a difficult time making it to the House floor because the Rules Committee will have to approve it.

“—there is no new congressional appropriation for Yucca Mountain, so this bill by itself would do nothing to restart Yucca Mountain even if it passed the Senate which it will not,” said Bob Halstead, head of the Nevada Agency For Nuclear Projects.

He pointed out the Senate Committee on Environment and Public Works has not acted on a companion bill and the ranking member of that subcommittee has promised Gov. Steve Sisolak he will oppose the bill that is incompatible with the Nuclear Waste Administration Act currently being considered in the Senate.