Magellan asks for bids as it expands west Texas operations 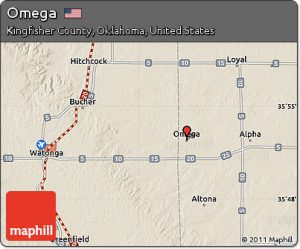 The Oklahoma Corporation Commission has taken more steps to solve the issue of a saltwater purge near the Blaine-Kingfisher county line in northern Oklahoma.

The purge has been active since July and over the weekend, the commission’s Oil and Gas Conservation Division issued orders to reduce operations of four more disposal wells near the site. A total of eight wells in the area have been ordered to halt operations while regulators attempt to discover the cause of the purge.

The purge is near the small community of Omega, an area that has seen extensive drilling as part of exploration efforts in Oklahoma’s STACK play.

The OCC has also expanded an area in western Oklahoma where disposal wells are no longer being permitted to use the Permian formation to dispose of saltwater.