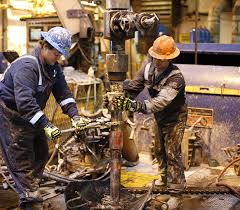 Oklahoma’s October jobless rate increased slightly to reach 3.3 percent as at least 600 workers in the Mining and Logging sector, which includes oil and gas lost their jobs. For the year, the loss was more than 2,000 workers in the state as the oil and gas slowdown affects not only company’s quarterly earnings reports but those who work in the energy sector.

The Oklahoma Employment Security Commission reported the rate increased 0.2 percent compared to October 2018. Unemployment in October in the state totaled 60,713 out of a labor force of 1,853,560 workers.

The sector that includes oil and gas workers showed a decline of 600 workers from September to October of this year. In September, Oklahoma had 52,300 employed in Mining and Logging while in October, it was 51,700. The decline was 1.1 percent.

Reports from the Oklahoma Treasurer in the past few months have also reflected how the energy slowdown is affecting state revenue. The latest jobless figures confirm what some observers have been expecting in the employment sector.