OERB agrees to help with saltwater purge in Kingfisher County

The Oklahoma Energy Resources Board is contributing toward construction of a project to deal with an unexplainable saltwater purge in Kingfisher County.

The cost has yet to be determined but funding will come from the OERB after the Oklahoma Corporation Commission approved a move last week to waive competitive bidding rules to purchase and install the system. The OERB’s board has approved up to $200,000 to be spent on the project.

Mindy Stitt, executive director of OERB said members want to help resolve the situation that was discovered in July 2019.

“Our board members and the industry just saw an opportunity to assist, to provide the commission some stopgap measures to give it some time to figure out its source and how to take care of it,” Stitt told The Oklahoman. “We have worked closely with the Oklahoma Corporation Commission, which is where we obtain our abandoned and orphaned sites, for years. Hopefully, the commission will find the source and responsible party, if it isn’t naturally occurring.” 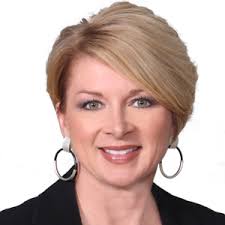 She explained a water-gathering pit will likely be constructed and pumps will be used to transfer the held water into storage tanks. The existing handling of the water involves a company that trucks the water to a disposal well and is not charging the state.

The purge was discovered July first at a site south of the community of Omega which is located north of state highway 33 and between Kingfisher and Watgona.

A Corporation Commission spokesman indicated the purge has a flow rate of between 3 to 12 gallons of water a minute.