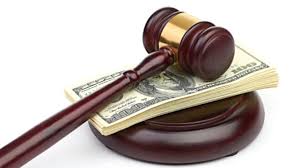 The companies that manufacture the firefighting foam blamed for contamination at military bases in the U.S. are being sued by New York Attorney General Letitia James.

She has filed suit against 3M, DuPont and other chemical and firefighting foam manufacturers. James targeted them for their role in contaminating the water in several New York sites with products derived from PFOA and PFOS.

“Manufacturers designed, manufactured, marketed, and sold aqueous film-forming foam and related products that were discharged into the environment at or from sites throughout New York,” alleges the complaint filed Monday in state Supreme Court in Albany County.

The foam products, dubbed AFFFs, are derived from PFOA and PFOS. The discovery of PFOA (perfluorooctanoic acid) precipitated a crisis in Hoosick Falls, New York three years ago; residents were subsequently found to have elevated levels of the chemical in their blood.

In the new civil suit, the attorney general’s office appears to also address the other main use of PFOA- and PFOS-derived chemicals: the production of firefighting foam.