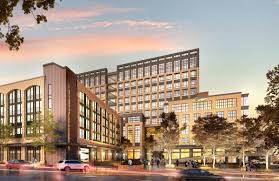 WPX Energy President and Chief Operations Officer Clay M. Gaspar has been elected to the Tulsa company’s board of directors effectively immediately.

Gaspar has held increasing levels of leadership with WPX since joining the company in 2014. He started as senior vice president of operations and resource development, was promoted to chief operating officer in 2015 and named president in 2017.

“Clay is an integral part of what we’ve accomplished at WPX, from building a new culture to driving innovation, challenging teams to think in new ways and positioning the company to execute on our new five-year goals,” said Rick Muncrief, chairman and chief executive officer.

Two members of the WPX board – Jack E. Lentz and David F. Work – are scheduled to retire at the time of the company’s annual meeting in May. Both have served WPX since its start as an independent company in 2012.