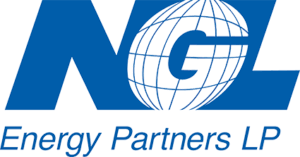 Instead of a loss reported a year ago, Tulsa’s NGL ENergy Partners LP reported income of $0.7 million from continuing operations for the third quarter 2019.  A year ago, the company had a loss of $26 million.

“We have accomplished a significant shift in our business over the past two years, culminating in the most recent quarter when we sold the majority of our refined products business, closed on the Mesquite acquisition and announced the acquisition of Hillstone,” stated Mike Krimbill, NGL’s CEO. “We have removed a significant amount of volatility and seasonality from our earnings, reduced leverage and simplified our business model.”

Adjusted earnings were up as well moving from $91.7 million for the second quarter 2019 to $119 million at the end of the third quarter of this year.

In the third quarter, NGL carried out the acquisition of Mesquite Disposals Unlimited LLC for $885.3 million and sold its Refined Products business for $300 million. NGL also wrapped up the acquisition of Hillstone Environmental Partners, LLC.

The Partnership’s Crude Oil Logistics segment generated Adjusted EBITDA of $54.6 million during the quarter ended September 30, 2019, compared to $48.5 million during the quarter ended September 30, 2018. Results for the second quarter of Fiscal 2020 improved compared to the same quarter in Fiscal 2019 due to increased volumes on our Grand Mesa Pipeline as a result of increased production in the DJ Basin.