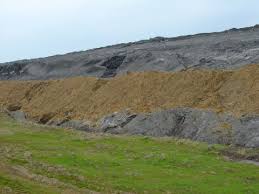 The Environmental Protection Agency is rolling back Obama administration rules governing the storage and disposal of coal ash, rules intended to prevent the toxic waste from getting into waterways.

The rules were implemented in 2015 and required energy plants that burned coal to dispose of the powder by using wastewater treatment technology. At the time, an estimated 1.4 billion pounds of coal ash were targeted by the EPA because it often contains arsenic, lead and mercury that is toxic to human consumption and the environment.

Under the new rules proposed by the Trump administration, unlined coal ash waste ponds would be allowed to stay open until 2027. EPA Administrator Andrew Wheeler claimed the old rules “placed heavy burdens on electricity producers across the country.”

“These proposed revisions support the Trump administration’s commitment to responsible, reasonable regulations by taking a common-sense approach that will provide more certainty to U.S. industry while also protecting public health and the environment,” Wheeler said.

Coal companies have argued in court that the Obama-era rules drained their finances. But environmentalists were against the new rules saying they were “unconscionable.”

“Keeping industrial sludge and foul wastewater from coal plants out of our drinking water supplies shouldn’t be something that should be up for debate,” the Sierra Club said when the rule was introduced.

Betsy Southerland, the former director of the Office of Science and Technology in the Office of Water at the EPA, helped develop the rules and now claims that the Trump administration is concealing the resulting benefits.

“EPA hides the detrimental impacts of these relaxed requirements and exemptions by stating they will achieve lower pollutant loadings because about 30 percent of the plants will voluntarily install treatment that is more stringent than the rule requirements,” said one of the Obama administration rule’s developers,” she said.

Since 2018, Oklahoma has been in charge of managing its own coal ash disposal program, a decision made at the time by the EPA. Oklahoma was the first state in the nation to get such authority but it was a decision criticized by environmental groups such as the Sierra Club and Earthjustice who argued the move would endanger public health while protecting industry.

“If anyone believes this decision will protect Oklahoma’s residents from coal ash pollution, then I have some oceanfront property in the state to sell you,” Earthjustice attorney Jennifer Cassel said in a statement. “Oklahoma’s ‘Department of Environmental Quality’ made clear that it wanted state rules precisely to protect industry from public oversight.”

The Oklahoma Department of Environmental Quality asked for EPA approval of the state-run program in 2017.