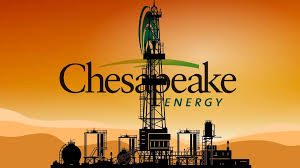 The same week Oklahoma City’s Chesapeake Energy Corp. spoke publicly of a “going concern” about the company’s future, its shares dropped below a dollar in trading on Wall Street. Analysts and investors will pay close attention this week to see what happens.

If the trading continues at the less-than-a-buck level, it could possibly lead to delisting by the New York Stock Exchange.

Shares last week dropped more than 29 percent to 91 cents a share following word of the weak third quarter report released by Chesapeake. Shares traded for $1.28 one week ago then plummeted to 91 cents a day later.

But Wall Street observers say the nearly 42 percent loss in stock in just two days is the company’s worst two-day performance since Chesapeake went public in February 1993.  On Feb. 8, 2016, shares dropped more than 37 percent over a two day period.

At one point last week, shares were traded at about 56 cents a share following the dire warning in the earnings report.

“If continued depressed prices persist, combined with the scheduled reductions in the leverage ratio covenant, our ability to comply with the leverage ratio covenant during the next 12 months will be adversely affected which raises substantial doubt about our ability to continue as a going concern,” the company stated. “Failure to comply with this covenant, if not waived, would result in an event of default under our Chesapeake revolving credit facility, the potential acceleration of outstanding debt thereunder and the potential foreclosure on the collateral securing such debt, and could cause a cross-default under our other outstanding indebtedness.”