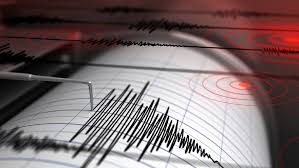 A spate of four earthquakes struck Texas over the course of 14 hours between Monday afternoon and Tuesday morning, according to a report by Fuel Fix.

The University of Texas at Austin’s earthquake monitoring service, TexNet, indicated that 200 earthquakes have been reported in Texas during 2019. In 2018, TexNet reported a total of 192 earthquakes for the year.

Two of this week’s four earthquakes tied the current record for the strongest this year, measuring a magnitude of 4.0.