Permian Basin Methane Emissions To Be Studied by Advocacy Group 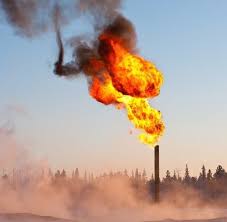 A comprehensive and unique data initiative organized by the Environmental Defense Fund will use advanced emissions monitoring technologies to determine how much methane is escaping from the Permian Basin and help reduce regional air and climate pollution.

The year-long research effort will generate scientifically robust emissions data to map and measure the scale of the problem to facilitate better and quicker solutions, according to the EDF press release issued on Thursday.

The Permian Basin is home to more than half of the nation’s oil rigs. As production grows in the region, associated emissions and pollution increase. This brings many challenges to the community and environment. Tower monitors deployed at fixed locations combined with mobile readings taken both on the ground and in the air will fill urgent gaps in the public understanding of emissions. EDF-led science will incorporate remote sensing and satellite data sets collected by other researchers in order to achieve the most robust measurements possible.

“The data gathered here will better define the scope of the methane problem in the Permian and provide much-needed information so that companies, public officials and local communities can better manage emissions,” said Matt Watson, Vice President Energy at EDF, which is convening a team of leading research institutions and technology providers for the initiative.

The project is designed to estimate methane emission rates from basin-wide oil and gas production. Data will be published on a public platform on an ongoing basis, accompanied by trend analyses. Field measurements are scheduled to begin in November, and the first data release is targeted for early 2020.

More than 86,000 square miles of West Texas and Southeastern New Mexico are included in the Permian Basin but methane emissions in the area remains a mystery. Nearly five million barrels of oil is produced each day in the basin, yet the majority of methane emissions go unmeasured, unregulated and unmitigated.

Satellite data has identified significant methane hotspots in the basin, as well as the burning of excess methane in a process known as flaring. Flaring wastes valuable natural gas, while unlit and malfunctioning flares can be major methane emitters. At least one recent study suggests the volume of methane vented or flared in the basin has tripled in the past two years.

The Permian data project will use cutting-edge remote sensing technologies and emissions quantifications algorithms — such as those demonstrated to map methane emissions in a ground-breaking partnership between EDF and Google Earth Outreach — to build a comprehensive database of emissions information.

Findings from the study are intended to help guide how companies, states and the federal government measure, monitor and manage methane emissions.

Collected data from this project could facilitate better management by operators and transparency for local communities. A fuller, more robust picture of methane emissions could also drive more effective regulations.

Texas and New Mexico have taken very different approaches responding to the methane challenge. Texas has yet to take significant regulatory action — and has done little to enforce the rules currently on the books.

New Mexico has also suffered from a lack of strong regulatory frameworks and oversight but the state is moving forward with a process to develop robust methane rules.

Cutting emissions is often as simple as tightening valves, closing tanks that have been inadvertently left open, or relighting flares. Science shows that the biggest emissions tend to come in random, unpredictable ways, which means proactive, regular monitoring is among the best reduction strategies.

Development of new methane monitoring technologies is happening at an accelerated pace, with more options coming to market every year — allowing companies to find leaks faster and reducing emissions at lower cost.