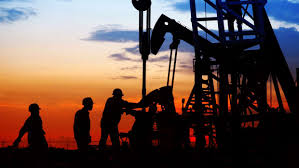 Despite a slowdown in Oklahoma’s oil and gas fields, the state’s jobless rate for September remained unchanged at 3.2 percent according to an announcement by the Oklahoma Employment Security Commission.

Oil and Gas, figured under the Mining and Construction sector by the state saw no change in employment from August to September and remained at 136,700. But it was 1,500 more than September of 2018 which was a 1.1 percent increase.