Legislator expresses regret over lack of support on compromise legislation 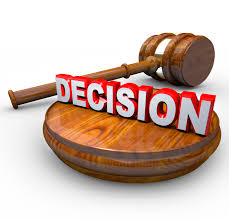 New Energy Economy and other groups have argued the new law — designed to move public utilities and rural electric cooperatives away from coal and toward renewable and zero-carbon resources by 2045 — undermines the Public Regulation Commission’s right to review and approve how to pay costs of retiring old fossil fuel power sources.

The Supreme Court didn’t include details in its order denying the petition.

“Unfortunately, the New Mexico Supreme Court declined to take this case at this time despite the great public interest involved,” New Energy Economy’s executive director, Mariel Nanasi, said after the decision. “We respect the Supreme Court’s decision, and we’ll do our best to continue to protect ratepayers and their economic interests and the interests of all New Mexicans to protect the environment.”

This wasn’t the only petition related to the transition law in front of the state Supreme Court.

In August, Public Service Company of New Mexico and several environmental groups asked the justices to force the commission to follow the new law.

PNM said it was “hopeful” the court would “favorably consider” its petition, which the court has not yet ruled on.

“The Energy Transition Act responsibly balances the interest of customers, employees of the coal plant and coal mine, affected communities and the PNM’s interests while setting a transformative energy policy for our state,” PNM spokesman Ray Sandoval said.

PNM’s petition came after the commission on Aug. 21 asked the utility to “stop the clock” on procedural deadlines while commissioners evaluate whether the San Juan case falls under the new law; PNM declined to agree to the request.

The law requires the state to meet half its energy demand without fossil fuels by 2030, and 100 percent by 2045.

New Energy Economy’s filing asserted the law turned the regulatory process “upside down” and allowed PNM to go unchallenged in efforts to impose new electricity rates in return for agreeing to abide by the Energy Transition Act, passed earlier this year by the Legislature and signed by Gov. Michelle Lujan Grisham.