More multi-unit well sites to be considered by state regulators 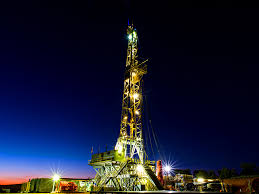 Houston-based Marathon Oil. Company filed a completion report this week on a well producing more than 1,000 barrels of crude a day in Canadian County.

Other wells were reported completed in Grady County by Riviera Operating LLC based in Houston, Texas. The company had two wells completed and the largest had production of 776 barrels of oil a day.

Five wells were reported to be completed in Kingfisher County, one of three major counties that make up the STACK play. Chisholm Oil and Gas based in Tulsa reported two of the wells with production of 465 and 238 barrels of oil a day.