OERB teacher training workshop to be held in Kingfisher 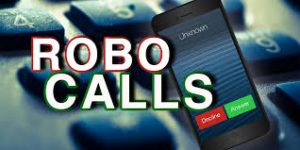 Yes, even energy firms are annoyed by those pesky robocalls. And now an Oklahoma legislator who asked for a robocall interim study to address the issue has put his request on hold.

The Duncan Banner reports Sen. Paul Scott took the action after the FCC decided to investigate the nagging problem nationwide.

“Constituents have let me know for months that they are tired of the excessive robocalls that have gone from just being annoying to disrupting their daily lives,” he said. “One constituent recently felt forced to change his cell phone number that he had for 40 years. Feeling forced to change your phone number should never be the solution.”

During the summer the FCC has taken the issue up also.

“Recently, after feeling the pressure from citizens and other government officials, the FCC voted to authorize carriers to address the robocall problem,” said Scott. “After months of collaboration, the State Attorneys General and industry have produced eight principles to help address this troubling issue.”

These principles are available at https://bit.ly/2P8qmmo. 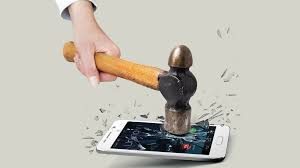 According to information provided by AT&T, there are steps to help deal with the calls.

“If you receive an unwanted phone call of any kind, including an unwanted robocall, don’t try to outsmart the bad guy by intentionally giving out wrong information,” AT&T said. “Just hang up. Do not call the number back, or call another number they give you, or press any numbers (or links in texts) that you may be instructed to press.”

They also said scammers using robocalling technologies can be persistent.

“Sometimes calling parties try to disguise their identity by using a telephone number that they are not really entitled to use, such as the number of a government agency or a legitimate business with whom you may have a relationship, or a telephone number that looks so much like yours that you might think it is a friend or neighbor calling,” they warned. “In this way they try to get you to answer the phone, and at the same time avoid technologies that would otherwise block the calling party’s real telephone number. This is called ‘spoofing.’”

For now, Scott said he would be pausing his study.

“In light of the recent action by the FCC, I will not be seeking a solution at the state level at this time,” he said. “I will continue to watch this situation closely for a solution to this ever-growing problem.”